O’Connell Street flagship to receive major upgrades during the year 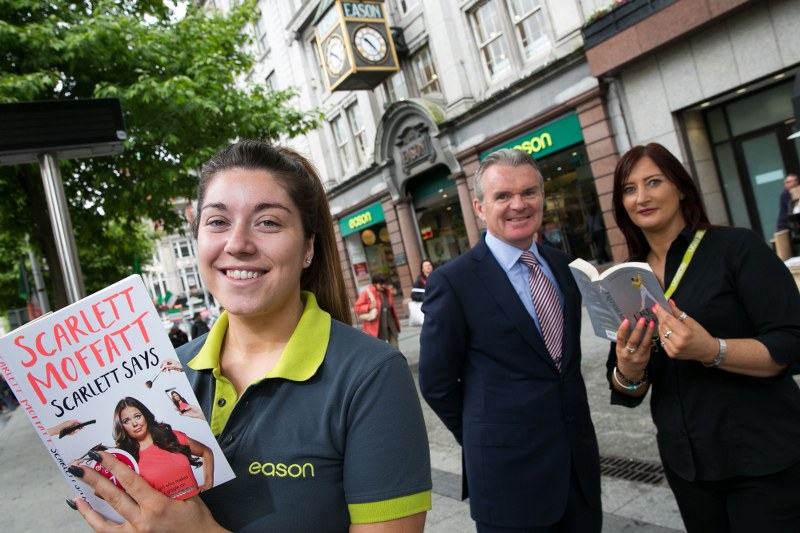 Eason, one of Ireland’s leading retailers, has today announced it will invest over €5 million in the ongoing transformation of its store estate in 2016 and 2017 as part of a capital investment programme, which has already seen the company commit over €12 million to upgrading its store network in recent years.

Work on the O’Connell Street store, which already received €2 million worth of upgrades in 2014 and 2015, has seen Eason bring a number of new retail concepts into the store such as fashion stationery, “Easonology”, a new “Craftworks” department as well as “Monogram”, featuring a new Eason own-brand range of giftwares. The retailer also made significant improvements to the store in anticipation of the 1916 commemorations, which has been well received by customers.

Commenting on the capital investment programme, Conor Whelan, Managing Director of Eason, said: “Combined with wider investment in our retail and business strategy, the ongoing store capital investment programme has been a key part of Eason’s strategy to put the business on a sustainable footing, stabilise sales and return the business to growth. This has included the introduction of a number of new retail concepts and product categories into our stores, which have helped offset the declines experienced in our traditional categories.”

“Whilst the recovery is still fragile, the trading overall environment is gradually improving and, importantly for Eason, we’re seeing signs of stabilisation in the book market. On the back of our investment in recent years, we’re now emerging with a well invested store estate and strong digital platforms, which puts us in a good position as we seek to implement our ambitious commercial strategy and capitalise on the recovery to deliver growth in the business in the coming years.”

Eason currently employs approximately 1,000 people and has 63 stores across the Island of Ireland - 35 own stores and 28 franchise stores.

Last year, the company completed the rebranding of two stores it acquired from Porters in Wilton and Douglas shopping centres in Cork, as part of its ongoing growth programme.