As voted for in the British Book Industry Awards 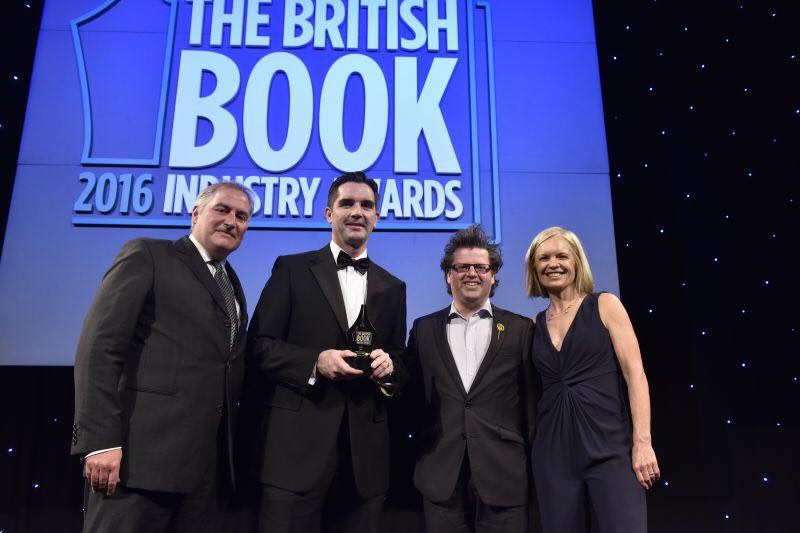 Eason, Ireland’s leading book retailer has been announced as Children’s Bookseller of the Year 2016 in the annual British Book Industry Awards recently held in London and attended by over 1000 people from the UK and Irish book industry. Eason fought off stiff competition from some of the top book retailers in the UK including Waterstone’s and Sainsbury’s.

The iconic Irish retailer is known for going above and beyond to encourage and enrich young readers throughout the country, with various bookselling and educational initiatives activated in store and across schools. Eason stores boast a fun and inviting environment for children to peruse books, attend book signings and events, and be inspired by the vast collection of genres available.

The judging panel for the award recognised this specifically, commenting “Eason has had a huge turnaround and achieves so much with a small team. It is doing tremendous outreach work and it’s obvious that Eason is totally committed to children’s books and reading.”

Literacy, spelling and creative writing competitions are hosted by Eason year round and span nationwide. Eason Springfest Readathon, a national reading competition takes place annually, challenging children aged between 8-12 years to read and review books during the spring season. The Eason Spelling Bee competition runs in primary schools across the county and aims to inspire children to develop a greater appreciation of words and in turn encourage them to continue reading in a fun educational way. DeptCon1 brings together some of the most influential authors and personalities of the young adult literary genre and Eason Creates, a creative writing competition for secondary schools, has proved extremely popular, amplifying Eason’s dedication to children’s reading.

Eason currently employs over 1,000 people and operates 64 stores across the Island of Ireland.

With a longstanding heritage that dates back as far as 1886, Eason’s vision is to “Inspire and Engage Minds of all Ages.”

Eason & Son Ltd is Ireland’s largest and oldest standing book retailer in Ireland selling an extensive range of books, newspapers, magazines, stationery, cards and more. Eason has more than 60 outlets through Ireland and Northern Ireland and you can visit their online store at www.easons.com.


David O'Callaghan has been a bookworm since a very early age and is the Children’s Category Manager & Department 51 Buyer at Eason. He has been with the company for 26 years and specialises in every form of YA (Young Adult) literature. David played an integral part in the launch and concept of DeptCon1 - Ireland’s first YA Convention.